The Norinco JW-21 is a Chinese copy of the Winchester 9422 Legacy, with a tang safety and a pistol grip stock. The forearm is held on with a screw into the barrel (presumably via a dovetail) -- there's no barrel band.

I got this one from the Classic Arms auction in October 2006. I didn't go, I asked a friend to bid on my behalf. Somewhere along the way I lost the note I made about how much I paid, but I expect it was somewhere between R1000 and R2000. 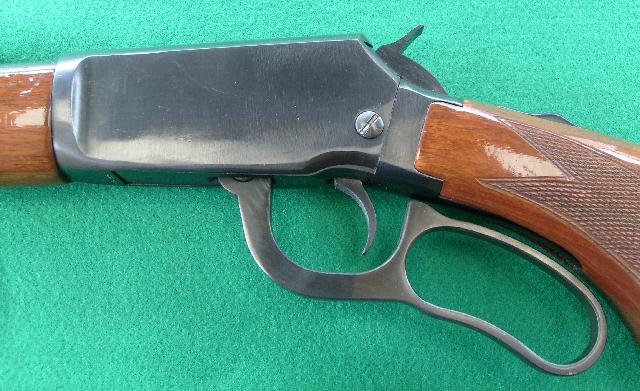 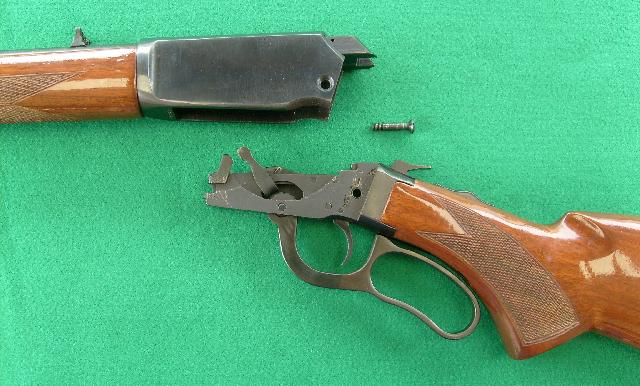 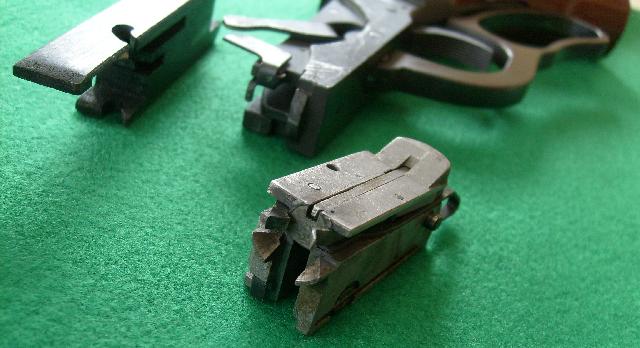 The bolt / breechblock assembly is quite complicated, but the result is that the JW-21 feeds an empty case from the magazine into the chamber. My bolt guns can't even do this. This of course also means that you can shoot BB cap, short, long and long rifle ammunition. Some other designs, like the Winchester 1873 and 1876, are very sensitive to cartridge length. This gun isn't.

2010-01-10: I basically suck at shooting with open sights (I wear thick glasses which distort things if I tilt my head, I'm right handed but left eye dominant, and I went half blind in my right eye (fortunately only for a short while) ten years ago, presumably because of stress.

So I'm thinking this rifle will do a lot better in my hands if I stuck a scope on it. 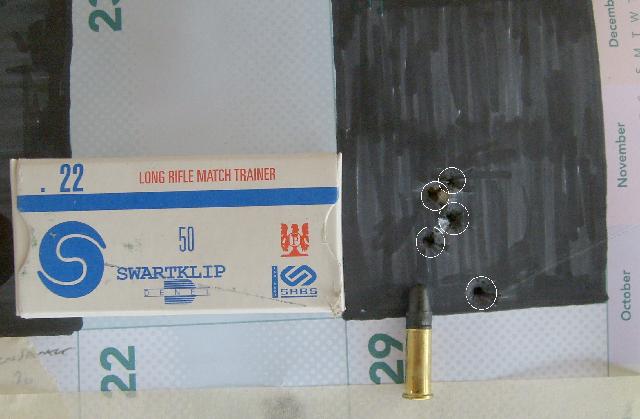 Swartklip "Match Trainer" -- basically the run-of-the-mill locally produced ammo (except they stopped producing it. Fortunately I stocked up). 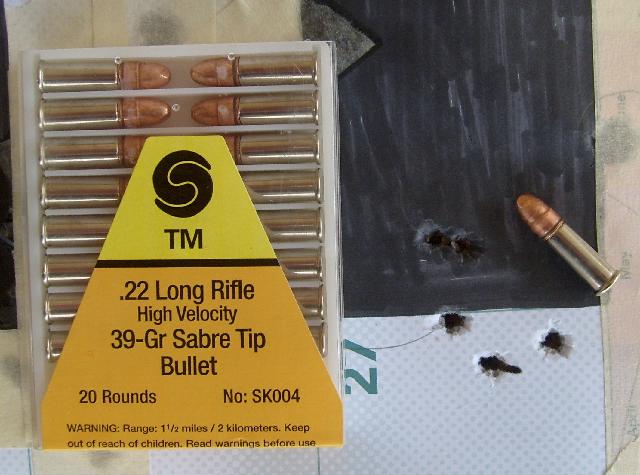 Swartklip high velocity. Got 3 boxes at a good price (still quite expensive). It doesn't shoot well out of any of my guns except this one. 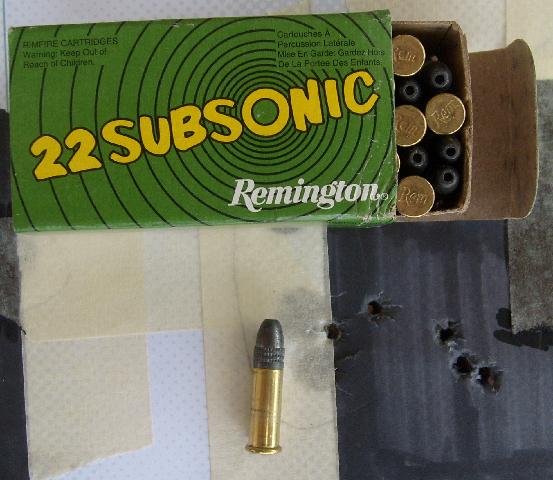 I'm impressed. This is the rifle I should have had 30 years ago :-)

From somewhere on the internet.

Their J line of .22 rifles are all copies of other firearms to some degree or another. The JT-10 and JT-14 and JW-14 (civilian market version of the JT-14) are designed to look like and mostly function like SKS rifles. They used them as trainers for rear guard troops. The receivers have lots of extra steel and over-large cocking handles and sights to replicate the SKS. The J-10 and JW-15 are copies of BRNO bolt actions. They're as good as the originals as long as you squint past the wood. The ATD-22 (once called the JW-20 and JA-21) is a copy of a Browning semi-auto take down rifle design....and it's as good or better than the original it was based on. The current JW-21 is a cowboy-style lever action. It's as close to being a baby Marlin 1894/5 as they come. Fine rifle in all regards. The JW-23 is a .22 mag version of a JW-15....again, a copy of a BRNO bolt action target rifle. Fine gun in all regards. The JW-25 is a baby Mauser K-98. It's a direct copy of a German KKW Mauser training rifle....and is as close to owning and firing a real .22 Mauser 98 as most of us will ever come. That's a *very* desireable item! The JW-27 and 8 are, again, copies of BRNO designs. As good and better than the originals.

The "E" guns are entirely original Chinese designs based on their Olympics target rifles. Their EM-332 and 332A are as good a rifle as *anything* you'll find anywhere else. High polished blue, cut checkering, match trigger and sights etc. I could sell those day in and day out if klinton hadn't cut the supply off.